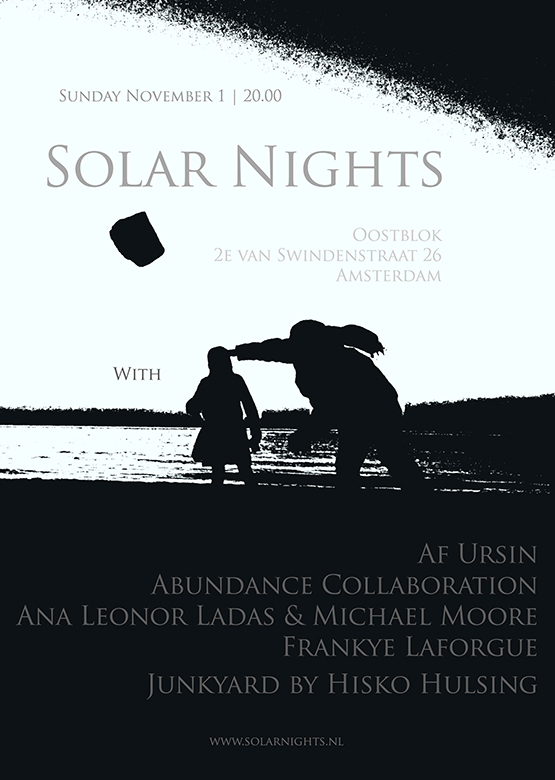 Formed in 1989 with Geert Feytons the experimental music ensemble 'Noise-Maker's Fifes' which was further expanded to an audio-visual collective with various alternating members. The group often worked with homemade instruments and field recordings and was known for its complex, dynamic and surreal audiovisual live happenings, often with dance and sound installations. NMF performed in Belgium and abroad and has published numerous cassette, CD and video releases on its own NMT Productions label. Furthermore NMF also created music for various dance choreographies of Thierry Smits. In 2006, after the death of Geert, the remaining core members (Timo van Luijk, Marc Wroblewski and Greg Jacobs) formed the group Onde whereat the focus is more on purely musical improvisation.

Since the mid 90s van Luijk is also active solo as 'Af Ursin. He produces intimate, poetic, free arrangements in his Kulta Saha studio. The work of Af Ursin consists of structured improvisations with several, mostly acoustic instruments, sound objects and the studio as an instrument. Besides his own creations he produces occasional music for theater, short films and audio compositions in commission. Since 2001 he releases his own work and that of cooperation projects (eg with Andrew Chalk, Frederik Croene, Raymond Dijkstra, Christoph Heemann, Kris Vanderstraeten) on vinyl on his label La Scie Dorée.

The live work of Af Ursin includes different repertoires depending on location and situation.

In the same poetic trend, he experiments with graphics, photography and video. His work displays mysterious, ethereal organic shapes with a surreal edge and is sometimes used as an album cover.

Artistic Collaboration based in Holland. With Baptiste Sandère, Grey Timmers and Paulina Vogel. 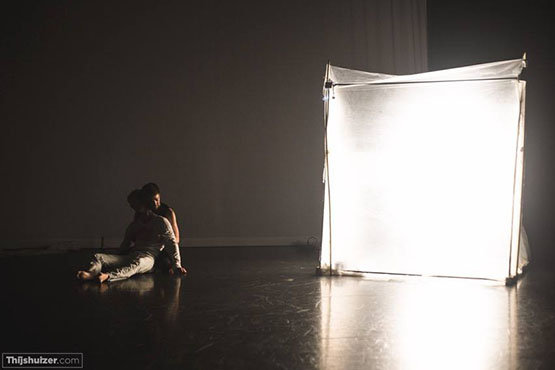 Follow up is the result of improvised partnering research in between three dancers that created Abundance Collaboration. While developing their physicality, they started to organize sessions to export themselves outside the dance studio. In that process they extended their concept of improvisation with all the elements of the stage such as lighting, décors and music. Every evening is to be discovered on the spot while the performers, organize the lighting from the stage, play with the décors, adjust the tracks from the show accordingly. The focus of this shows is their non-verbal communication in order to create the evening live. You could imagine a writer picking up all the words that inspires him at his desk, then go outside, observes his surrounding and organizes a couple of them in sentences one after the other. 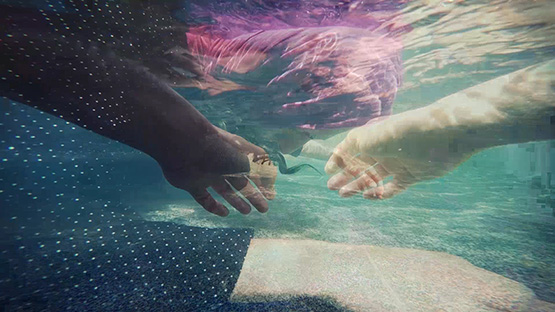 Synopsis - Memento Mori reflects on the fragile existence of human beings and the many emotional and physical struggles immigrants crossing the Mediterranean sea face. Life as a small boat navigating in the big sea of uncertainty. Death as an unavoidable transition to the unknown. Life & death, courage and fear, strong & vulnerable. Is there any borders? 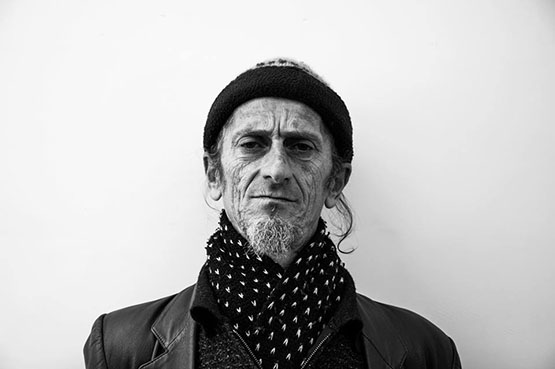 Sidenotes to a performance. Frankye Laforgue (Francesco Partipilo) was born in Puglie in Southern Italy in 1957, a descendant of Attican-Macedonian-Byzantine lineage. Since 1960 he has lived in Turin where he graduated in sculpture at the Academy of Fine Arts. The chemistry between the South and North of the  magmatic and heterogeneous Italian country  produces extraordinary  matter, from imagination to expressive rigor. As a boy, in the climate of great cultural complexity and socio-political tensions which were the innovative 70s, he performed in a three-piece jazz ensemble as well as in musical theater and sound installations. He collaborated with bassist and composer William Parker and Don Moye Famoudou, the historical drummer of the Art Ensemble of Chicago, and with the latter he recorded a double album in 2013.

The performance he presents at Solar Nights comes from the encounter between MASK and SPACE. Space is the always different and unique gravitational field of drives and images. The mask, the face and the body are responsible for all the living rhabdomancy and its vibrations into sound and whisper or scream. The void trunk of the empty world, dug out of molds and flowers, like a rhizome of sense, mysteriously resonates. Of matter and non-matter it secretly gives life and voice. Need for beading gently, or better for unveiling the vibration of this void, that holds us as we hold it. Stretching of the threads. Weaving of the spirit. Thickening of soulfoul nodes as they transpire. between light and shadow. Yet..these weak threads woven with fatigue and pain; these strings stretched for restless acrobats; these tracks in the void.

This foam ... .This is what it's called in one word: Language. This is what makes us. This is our foundation. What remains. It's not much but it is all. And it is what we, out of fear and tremor, in amusement and love. Always and everywhere, cling to, firmly. With passion. Lest losing our ways. Out of fear of being there. Body fluid, in the light of a thousand crystals desire dances... the desire to grasp my nature. My space. My time. My non-space. My non-time. And of all creatures, their heart. 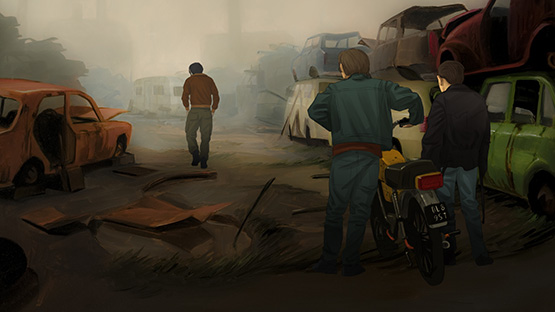 A man is being robbed and stabbed by a junkie and in the last second before he dies, a youth friendship flashes before his eyes. He and his bosomfriend grew apart, when the latter was being drawn more and more into a misty world of drugs and criminality under influence of a lowlife dealer who lives with his father on the junkyard in their neighbourhood.

Ellen Knops started in 1989 in the musiclighting but changed quikly to theatre and modern dance.
In 1994 Katie Duck asked her to do the lights for her improvisation performance. All she said was “surprise me”, so she did and continued doing. Since then they have been working together. Among other projects in Magpie Music and Dance Company, where there is an instant interaction between the disciplines dance, light and music.
In the past years Ellen improvised with many performers, such as David Zambrano, Micheal Schumacher, Gonny Heggen, Nederlands danstheater 3, Katie Duck en Lily Kiara.
In the work with Lily Kiara, in their almost organically growing collaboration, there is a very close interaction between lights and dance. They continue to develop their findings and always look for possibilities to strech their ideas a little further.
Ellen has been teaching workshops at the School for New Dance Development in Amsterdam, to share her vision that light can be played with as an autonomous element; light as movement, rather than a static aspect of the performance. Light can change the sense of space, time and atmosphere.